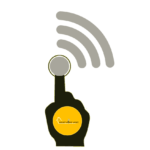 A smart home is a residence that uses internet-connected devices to enable an integrated remote monitoring and management of appliances and systems, such as lighting, security, air conditioning, heating etc

Smart home technology, also often referred to as home automation or domotics (from the Latin “domus” meaning home), provides home owners security, comfort, convenience and energy efficiency by allowing them to control smart devices, often by a smart home app on their smartphone or other networked device. A part of the internet of things (IoT), smart home systems and devices often operate together, sharing consumer usage data among themselves and automating actions based on the homeowners’ preferences. Listed here are the best of the wireless and retrofit systems coming in two configurations : with a central Hub/Controller and without central Hub as explained at the respective sections.

Shop Here for Choicest of Home Automation Systems and Devices.

The Store is under Maintenance and no orders are being accepted currently. We will resume shortly. Dismiss